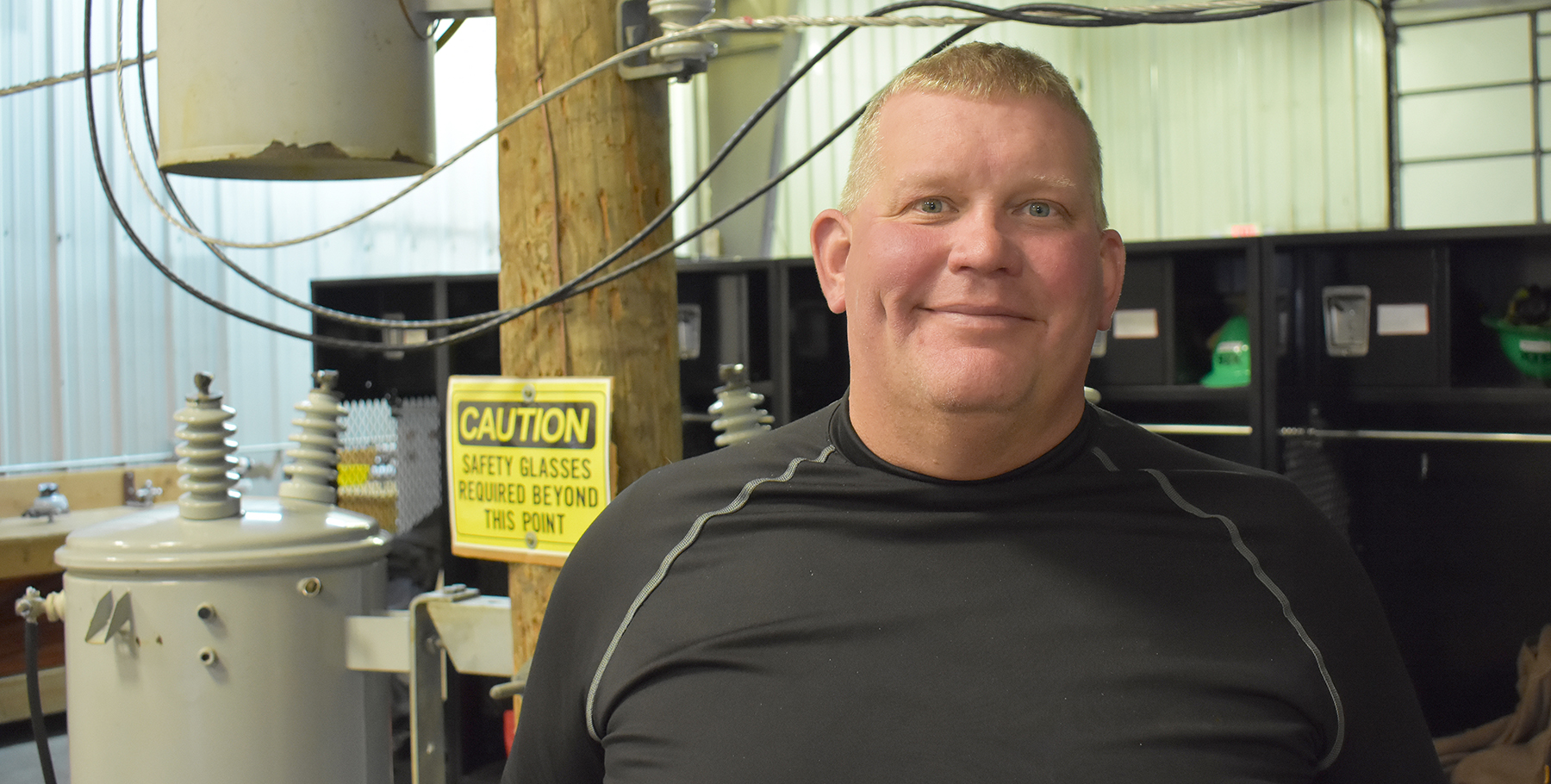 Todd Kasper is a familiar face in southwest Wisconsin. The Columbus, Wisconsin native had more than 25 years of police service under his belt between the Dane County Sherriff’s Office (two-and-a-half years) in Madison, the Platteville Police Department (17 years) and the Grant County Sheriff’s Department (six years) in Lancaster, before his retirement earlier his year. “I enjoyed it,” he said. “I thought the exposure to people and the opportunity to help people was a great thing.”

Kasper left the world of law enforcement for that of higher education. He enrolled this fall in the Electrical Power Distribution (EPD) program at Southwest Wisconsin Technical College in Fennimore, Wisconsin. “It’s location, the college’s reputation and the EPD program had a great reputation,” said Kasper. “It has a high placement rate, it’s an occupation that is in need and it’s something that I saw while I was out working in my other job that interested me. I had a lucky opportunity to go back to school and try something different.”

Throughout this law enforcement career, Kasper would oftentimes come in contact with those working in the EPD field, learning about what they do. It certainly piqued his interest. “I know they have hard nights, but they always have a positive attitude,” he said.

Following graduation in May with a technical diploma, Kasper is hopeful to gain employment in the popular field. “Wherever it takes me, I look forward to it,” he said. “It’s just another experience.”