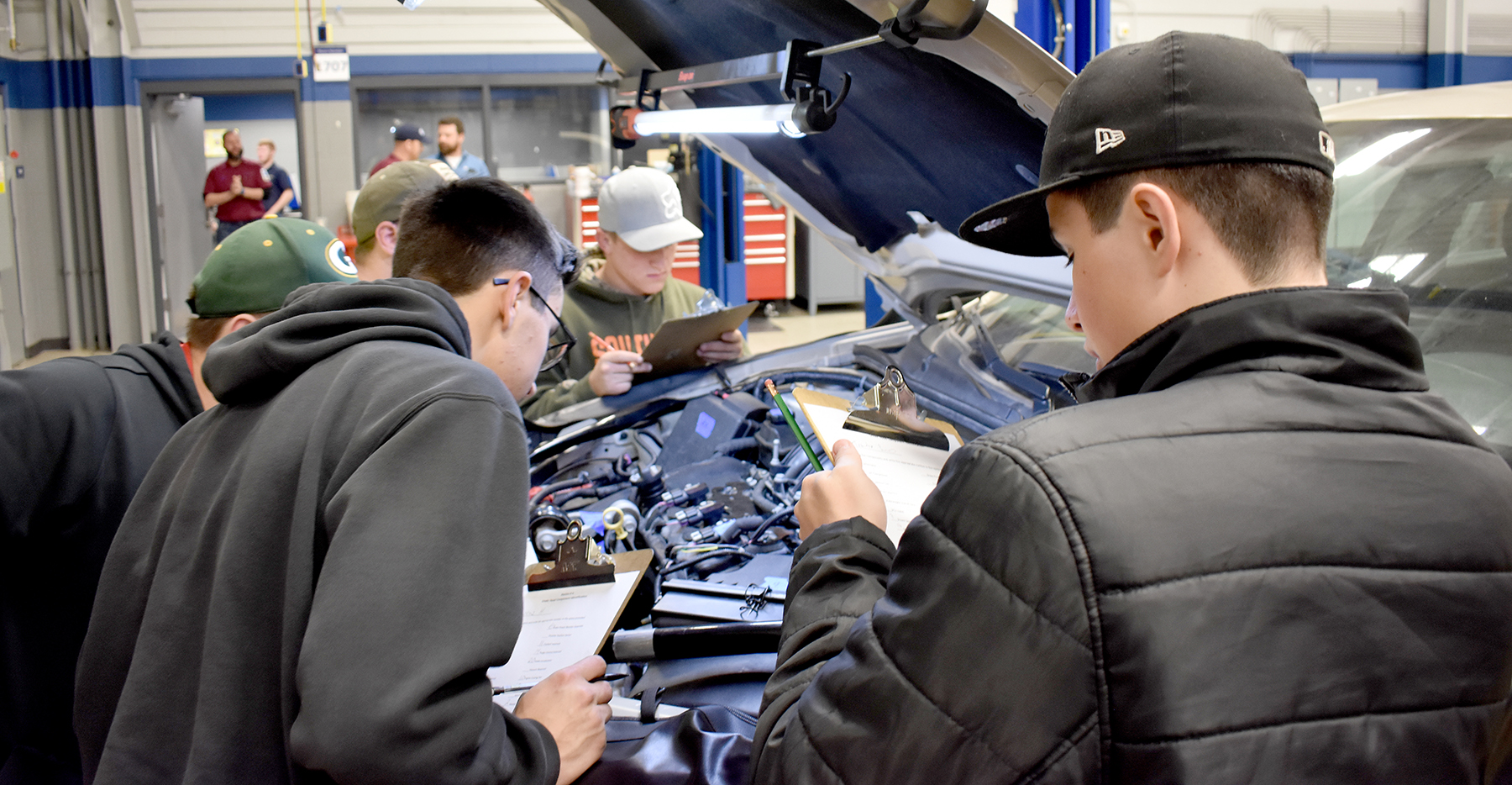 At Southwest Wisconsin Technical College, industry collaboration is one key to helping students become successful on campus and in their chosen careers. Starting with the 2018-19 academic year, Pistons to Pathways emerged as a popular program for high school students interested in learning about becoming an automotive technician.

An open house for the program was held on the Southwest Tech campus on Oct. 30. Approximately 30 students from the area participated in a skills challenge, talked with current automotive technician students, as well as instructors and staff. 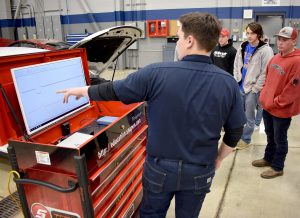 Mark Fillback, owner, Fillback Family of Dealerships, was the catalyst for the program in this area. Together, with Southwest Tech, CESA 3, the Wisconsin Auto and Truck Dealers Association, and Snap-On Tools, Pistons to Pathways was born.

In most cases, area high schools do not have the resources to fund their own auto tech programs, so Fillback searched for a way to train younger technicians and bring them into the industry. The original idea was to work with Southwest Tech to have high school students take a class during the day once a week. For logistical reasons that was not feasible. The program runs for the full academic year, beginning in September, and the students meet every Wednesday from 6-9 p.m.

Students learn the nuts and bolts in the Automotive Maintenance class from dealership employees, who are certified by Southwest Tech instructors. “There is enough information where it’s exploratory for the students, but it also gets in-depth enough so they can learn a lot about an automobile,” said Tyson Larson, automotive technician instructor at Southwest Tech.

Larson, along with Brian Waldner, automotive technician instructor at Southwest Tech, develop the curriculum and are available for oversight.

Upon completion, students earn three college credits in the Automotive Technician program, one step closer to a technical diploma at Southwest Tech. “This is a prestigious thing to get selected to be a part of,” said Fillback. “Fortunately, no one has been turned down, yet.” 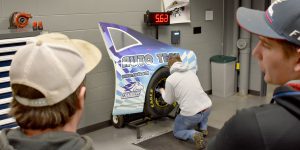 Now entering its second academic year, Fillback says they are beyond the learning curve and the program is beginning to hit its stride. He is happy with the students who have enrolled, as well. “The students have been phenomenal,” he said. “They are there and they are focused. It has been great.”

Not only do the students gain important technical skills at a dealership, Fillback also gets to see which students have the potential to be brought on as part-time employees. In addition, scholarships are awarded by the Wisconsin Auto and Truck Dealers Association. Two students earned scholarships last year. “The classroom setting in the dealership and having them learn hands-on skills has been tenfold,” said Fillback.

As the program continues to grow, Fillback hopes these graduates will fill spots at his dealerships and elsewhere in the industry, which is in dire need of technicians. “It’s a huge need,” he said. “It’s so hard to recruit a tech. There just aren’t certified techs around. Growing them, really, is the only way we’re going to fill the gap or fill our need for technicians in the future.”

Fillback offered the program during the first year at his dealerships in Richland Center and Boscobel, with seven students attending at each location.

The program expanded for the 2019-20 academic year. In addition to the Fillback locations in Richland Center and Boscobel, Hallada Motors in Dodgeville, Wisconsin and Pioneer Ford in Platteville, Wisconsin are also offering the program. There are nine students enrolled in Platteville and Boscobel, with eight in Richland Center and seven in Dodgeville.

As for the future, there is growth to be had within Southwest Tech’s five-county district for Pistons to Pathways. “We’d like to see this expand to five to six locations, if possible,” said Larson.

“This has been a tremendous collaboration between all our partners,” said Derek Dachelet, executive dean of industry, trades, and agriculture at Southwest Tech. “Most importantly, it allows area high school students a hands-on opportunity in an expanding industry, and an opportunity that isn’t available to them in their high schools.”