Angelica Lippert, a 2015 Business Administration graduate and a native of Delicias, Chihuahua, Mexico, has a unique path to Southwest Tech.

Lippert’s family is from the northern part of Mexico. Her grandfather was the first member of her family to immigrate to the United States in the late 1940s when the United States government posted jobs for labor from Mexico to come to the U.S. and help with roads and railroad construction. Lippert’s mother eventually followed her father to the U.S. when Lippert was just five years old. She said she wasn’t able to see her mother again until she was nine years old because her mother was working on her citizenship. At the age of 19, Lippert was able to move to the U.S. from Mexico as a legal resident of the United States. However, because her high school diploma was from Mexico it wasn’t recognized as a high school degree in the United States and therefore, she wasn’t able to start college. “Trying to enroll and get my GED was too overwhelming at the time,” said Lippert, so she held off on any schooling. 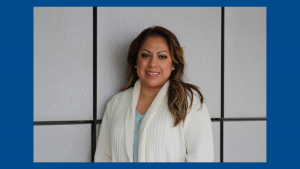 “I learned to speak English when I moved to the United States,” Lippert said. Her mother only spoke English at home and instructed her siblings to only speak English to her as well so that she would learn it. “I read a lot of books and used a dictionary to translate the words I didn’t understand. Working at the local McDonald’s helped a lot with my English skills as well.”

Lippert worked as a shift manager at McDonald’s in Brush, Colorado for one year and then became a line attendant in food safety at Cargill Meat Solutions in Fort Morgan, Colorado. Lippert took advantage of the opportunities to get more training in her position and was able to earn her G.E.D. at Morgan Community College in Fort Morgan, Colorado. Lippert accepted a new position at Leprino Foods and was quickly promoted to lab technician. It was there that she also met her husband. Lippert’s husband took a new job in southwest Wisconsin in late 2011 and Lippert took advantage of the move. “I’m ambitious and wanted to do more with my life,” she said. “There was a position open at Woolwich Dairy in Lancaster and I was hired through a phone interview. Shortly after starting, I took a promotion to a second shift supervisor position. After moving to the area, we joined the Lions Club and Optimist Club. I was connecting with people at work and in my neighborhood and Southwest Tech kept coming up. I did some research on the school and found the Business program. I took a tour of Southwest Tech and immediately felt at home.”

Lippert started her degree program in 2012. “I was always intimidated because I thought people on campus would notice my accent and the fact that I looked different, but I never felt uncomfortable and I was so welcomed. I was able to make friends and still have those friendships today. I felt supported every single day that I was there,” said Lippert.

In 2013, a quality technician position opened at Emmi Roth in Platteville. Her network in the dairy industry made her aware of the position, however, Lippert learned one of the requirements was to have a two-year degree. She applied for the position and was offered it with the agreement that she would continue her degree program, which she was able to do with the support of her supervisors being so accommodating to her class schedule. “Emmi has been a big support for me and my family. This year will be my eighth year with them and there’s a reason,” said Lippert.

Lippert and her husband, Todd, reside in Fennimore with their children, Anthony and Julia.

Lippert went on to express her appreciation for her instructors. “They were so supportive and so kind to help me get through the last year and a half. I would stop on campus to catch up and I was never turned down for help. They gave me so much value and I just can’t thank them enough. Mark Randall really pushed proper communication through email, and I continue to use his advice daily. The fact that I’m still able to keep in touch with my instructors is just one way that makes me realize how valuable Southwest Tech is to the community. You don’t just get a degree, you’re gaining a family.”