The Southwest Tech Foundation hosted two Giving Tree dedications this fall to recognize and memorialize two Southwest Tech instructors who recently passed away. A tree for Jeff Dornink and a tree and bench for Cecil Allen will serve as special reminders of these two gentlemen and carry on their names and legacy on campus. 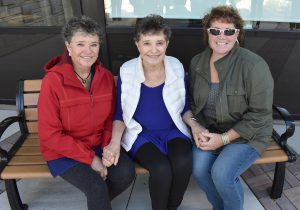 Allen developed the Machine Tool Program and served as the instructor from 1980 to 2010. To quote his obituary, “he was never without a kind word, a humorous line, a hug or a $20 bill for anyone who needed it.” Allen left a lasting impact on the Southwest Tech campus, which is evident in that staff that came together to sponsor the Cecil Allen Giving Tree. The plaque on his tree was designed by CNC instructor Jason Robbins and included duplicates of two projects that were built in his program. The tree stands in front of Building 600, where Allen taught for many years.

Cecil’s wife Susan and their family dedicated a bench in his honor that will greet visitors on the 50th Anniversary patio outside of the Knox Learning Center. The plaque on the bench reads, “In loving memory of Papa Cec. Cecil Allen made a difference in the lives of the Machine Tool Program students from 1980-2010. He will live forever in the work of their hands.” 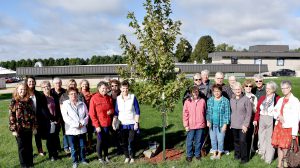 Dornink began his career at Southwest Tech in 1999 as the instructor for the Dairy Herd Management program. Because of Jeff’s impact on the agriculture programs and college community, the Agriculture Department wanted to remember him with a Giving Tree on campus as a physical space to remind students, faculty, staff and visitors of his time at Southwest Tech.  The department invited current and retirees staff members to join them in this effort. Dornink’s Giving Tree is located outside building 100, and the plaque reads: “You may not see the fruit of today’s work, but you have seeded a lifetime of knowledge” – Anonymous.  In Memoriam to Jeff Dornink, Dairy Herd and Animal Science Instructor, 1999-2018.” 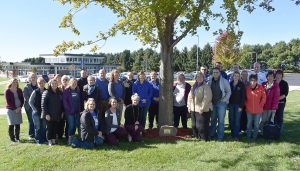 In total, the Southwest Tech campus has 22 dedicated Giving Trees. These living tributes contribute to the ongoing beautification of campus while honoring a loved one.

For more information on the Giving Tree Program, please contact Gina Udelhofen in the Southwest Tech Foundation at 608.822.2348.