Alumna credits Southwest Tech for belief in paying it forward

Debbie Kent Johnson started school at Southwest Tech in 1981 when she was a 21-year-old, recently divorced, single mom. Johnson said it was her attorney that encouraged her to go back to school and even bought her books for the entrance exam so that she could get started at Southwest Tech in the Medical Office Aide program. “Attending Southwest Tech was a game changer in my life and I will always be grateful for the foundation it provided,” said Johnson.

Johnson talked about the impact her instructors had on her life. “Rita Renke believed in me and told me I could do this. Reflecting on my 21-year-old self, I identify the obstacles that had me stuck, early trauma, low self-esteem with little resources. Clarity is hard to perceive when you are in the eye of the storm with no map to navigate. Southwest Tech staff not only provided me with the map, they explained it in a way I understood and encouraged me to take the next step. The instructors believed in me, truly cared about me until I started little by little believing and caring about myself. Let’s face it, no one really cares what you know until they know you care.”

Johnson graduated as a Licensed Practical Nurse, she remarried, raised three children, retired after working 30 years in the field. After retirement, she started volunteering at the Good Neighbor Clinic, a free clinic in Sauk Prairie, Wisconsin. In 2014, she was instrumental in the development of the Sauk Prairie Community Activated Recovery Enhancement (CARE) program, a program funded by St Vincent de Paul of Sauk Prairie. CARE is an integrated system putting each individual at the center of their treatment, which empowers the individual to make better life choices. She accepted the position of Clinic Coordinator/Recovery Coach of the CARE program. In 2015, Johnson’s mission of assisting individuals to recovery went from professional to personal when one of her children was diagnosed with addiction. When her child went to detox, Johnson was encouraged to start going to Al-Anon as a place to find support. She became very involved and now runs the Sauk City Al-Anon program.

Johnson and her colleague, Joan Mack R.N have helped over 400 people get into a recovery program. They started with a recovery plan for the incarcerated individuals to cut down on the recidivism. Sauk County was awarded a $3 million grant based on the success of the CARE program. Mack was appointed to the Governor’s Task Force on Opioid Abuse in 2016 and together, her and Johnson have worked tirelessly with insurance agents and healthcare personnel to ensure that treatment is funded by insurance plans. Johnson said they were reminded daily of the criteria insurance companies developed that placed barriers to treatment and worked with law makers to address and change policies thus treating addiction like any other disease.

Johnson said she continuously tells her clients what she was told as a student at Southwest Tech. “I was told I could achieve my dreams, that I was worth it and that I was not alone. I believe rescued people rescue people and it is such a gift to pay it forward and watch the transformation of lives. Southwest Tech is such a gift to that area, it truly transforms lives.” 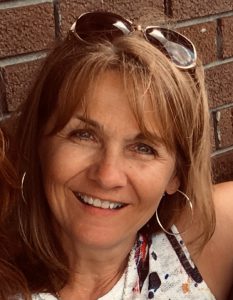