Shannon Millin, chief clinical officer/advanced practice nurse prescriber for Southwest Health in Platteville, Wisconsin, mother of four and four-time alumna of Southwest Tech in Fennimore, Wisconsin, could be the definition of resilience.

Meeting someone with the title of chief clinical officer can be a bit intimidating but Millin is as down to earth as they come and wasn’t afraid to admit that she had many self-doubts when it came to her education, stating, “I never thought I was smart enough to be a nurse.” When asked if there were others in her life that went to Southwest Tech she said no. She didn’t know her father, and her mother was in and out of her life. Millin was raised by her aunt, who managed a local restaurant and hadn’t attended college. “I feel really fortunate that I was from Fennimore and that Southwest Tech was located here. Had it not been in Fennimore, I don’t know that I would have been able to go.”

Millin, like many Southwest Tech students, chose the college because it’s close to home and had a program of interest. Once students begin their Southwest Tech education , they realize how big their potential is and they truly can accomplish anything they set their mind to. Having the part-time night and weekend program was key to Millin’s success, as she was able to continue working full-time and raising her children all while pursuing her dream.

Millin received her first diploma from Southwest Tech in the Nursing Assistant program in 2001. In 2005 she completed the Medical Assistant program, in 2007 the Practical Nursing program and from there she started the Nursing program. Millin credited her instructors for getting her through the program. “If it wasn’t for Marcia Hampton I wouldn’t have graduated. I had a baby who was in the Neonatal Intensive Care Unit my last semester of nursing school and it was so hard to commute two hours to my clinical rotation, leaving my sick baby each day.” Nevertheless, she persisted and in 2010 she earned her Associate degree in nursing. “Cynde Larsen was and has been one of my biggest influences.  Cynde sees the best in every person that she comes into contact with. I always knew that she had faith in me and I think that was a big motivator for me to continue with my education.”

After graduating from Southwest Tech, Millin worked for Boscobel Hospital while earning her Bachelor of Science in Nursing from the University of Phoenix. She joined the staff of Southwest Health in 2013 as an ER nurse and continued her education in the Masters of Nursing Education program. She graduated from Walden University in 2016. She didn’t stop there though. That same year she enrolled in the Post Master’s Nurse Practitioner program and graduated in 2018.

In her current role as chief clinical officer she is responsible for supervising and coordinating functions and activities in the hospital patient care services area. She works with the CEO and other executive team members related to the operation of the hospital, recommends changes in policy, facilities, equipment and programs in order to achieve the institution’s objectives and to provide leadership, direction and administration of operations.

Millin resides in Fennimore with her family. When she’s not at work she’s busy chasing her kids, ages 5 to 15, to all of the school related and sporting events. She stays in close contact with Southwest Tech by doing adjunct teaching for the nursing program when the need arises.

“Persistence and resilience only come from having been given the chance to work through difficult problems.” – Gever Tulley 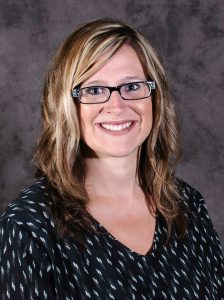