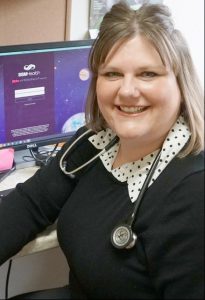 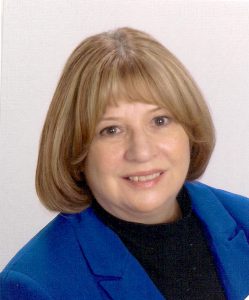 The Southwest Tech Foundation is celebrating the accomplishments of its alumni, the generosity of its donors and the contributions of its retirees at a distance this year instead of at the annual Donor Appreciation and Alumni and Retiree Awards program that is normally held on campus.

Several individuals and organizations were added to the Foundation’s Giving Wall for their generosity in providing student scholarship gifts to offset tuition, equipment and textbook expenses, funding emergency grants, furnishing and upgrading labs with the latest tools, machines or equipment or supporting student professional development. The individuals and organizations include The United Fund of Iowa County, Inc., Midwest Builders, Inc., H&N Plumbing, Heating & Electrical, Inc., Dubuque Racing Association, Dennis and Stephanie Cooley and Helen Anderson all at the $10,000+ level. Alliant Energy and Jerry C. Schell were added to the Giving Wall at the $25,000-plus level along with Compeer Financial who was added at the $50,000-plus level.

There were also several donors that moved up a level including Duane and Sheri Ford and John and Peg Haskins, who moved up the $25,000-plus level and Sloan Implement and Finney Implement, who both moved up to the $250,000-plus giving level. “The support from these generous donors has helped hundreds of students at Southwest Tech through scholarships, hands-on learning opportunities and emergency grants.  We are grateful for their philanthropy and honored to add and renew their recognition on our Giving Wall,” commented Holly Clendenen, executive director of the Southwest Tech Foundation. 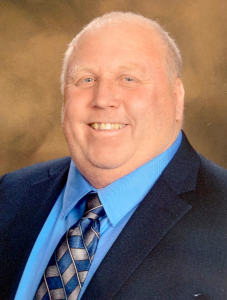 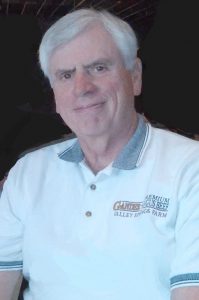 The following three alumni, recognized as the 2020 Distinguished Alumni are wonderful ambassadors of a Southwest Tech education and each of them lives and works in our district. “We are proud to recognize Robin Gilbertson, Melody Loy, and Renee Edge as our 2020 Distinguished Alumni.  Each has continued to say connected to Southwest Tech since they attended in a variety of ways – hiring graduates, attending job fairs, awarding scholarships, and working with current students, and we look forward to their continued involvement and impact on campus” stated Clendenen.

Robin Gilbertson received a Butcher All-Round Certificate and is now the sales manager and owner of J&R Underground, a utility contractor in Blanchardville responsible for projects across the Midwest. Robin and his partner John, and wife Kaye employ 85 people at J&R Underground and regularly hire Southwest Tech graduates.

Gilbertson also serves on the Government Affairs committee of the national board of Power and Communication Contractors Association (PCCA), which educates legislators on Capitol Hill in Washington, D.C. about topics that impact the industry. He is a member of the Barneveld Masonic Lodge (Past Master), New Hope Lutheran Church, and was a founding member of the Hollandale First Responders. He also serves on the PCCA Board of Directors in a national capacity.

“The lessons learned at Southwest Tech served as a foundation for the rest of my career, and have served me, and our communities, very well,” said Gilbertson.

Melody Loy is a 2006 Finance Degree graduate. She is a senior real estate specialist and owns 1st Advantage Real Estate in Dodgeville, Wisconsin. She has earned the designation from the Graduate Realtor Institute (GRI) and has been named the Reader’s Choice for the Dodgeville Chronicle – Realtor of the year 2014-2019.

Loy serves on the Board of Directors for the Salvation Army of Iowa County, is the vice-president of the Dodger Food Locker and served on the Dodgeville Kiwanis scholarship committee when they awarded their first scholarships to Southwest Tech students.

“I loved my time at Southwest Tech,” said Loy. “My education changed my life in so many positive ways.”

Renee Edge is a 1997 Nursing Degree graduate and now works as a nurse practitioner at Family Medical Center in Lancaster, Wisconsin.

After graduating from Southwest Tech, Edge went on to receive her bachelor’s degree from the University of Phoenix in 2012 and then her master’s from Clarke University in 2015. She is a member of the ANCC Family Nurse Practitioner organization and specializes in family practice and women’s health.

Edge and her family are very active in the community. She is a member of St. Andrew Thomas parish in Potosi and a volunteer with the Potosi Sports Boosters.

“Southwest Tech was the building block to my career in healthcare,” said Edge. “The hands-on approach made me a better nurse and the clinical peaked my interest in rural healthcare. I started out as a very young nurse and grew into my role as a nurse practitioner.”

John Gander is a Southwest Tech retiree and is being recognized as the 2020 Retiree Achievement Award recipient.

A graduate of the University of Wisconsin-Stout and Pittsburg State University in Kansas, Gander started working at what was then known as Southwest Wisconsin Vocational Technical Institute in 1979.  He started teaching in the Ag Building program and was promoted to Trades and Industry coordinator after five years. Three years later his position was combined with the chair of Trades and Industry and the chair of Agriculture programs to become the dean of Industrial and Agriculture Occupations, the first dean position at Southwest Tech. Later, the duties of overall academic supervision were added when he was promoted to chief academic officer as well as dean of Industrial Occupations, the role he held when he retired in 2007.

“Southwest Wisconsin was a great place to raise my family, and my career at Southwest Tech allowed me to do what I loved to do,” said Gander. “The staff at SWTC was great to work with and the college is one of the most impactful assets Southwest Wisconsin has! Because I had so many duties over the years…teaching, supervising teaching, starting programs, advisory committees, hiring, working with industry, economic development, institutional accreditation, grant writing, community development…they allowed me to have a strong voice in the Wisconsin Tech College System in the state-wide Instructional Services Administrators Association, the Apprenticeship Coordinators Association, and the Trades and Industry Deans Association. SWTC’s impact on my life has been immeasurable. I loved it!”