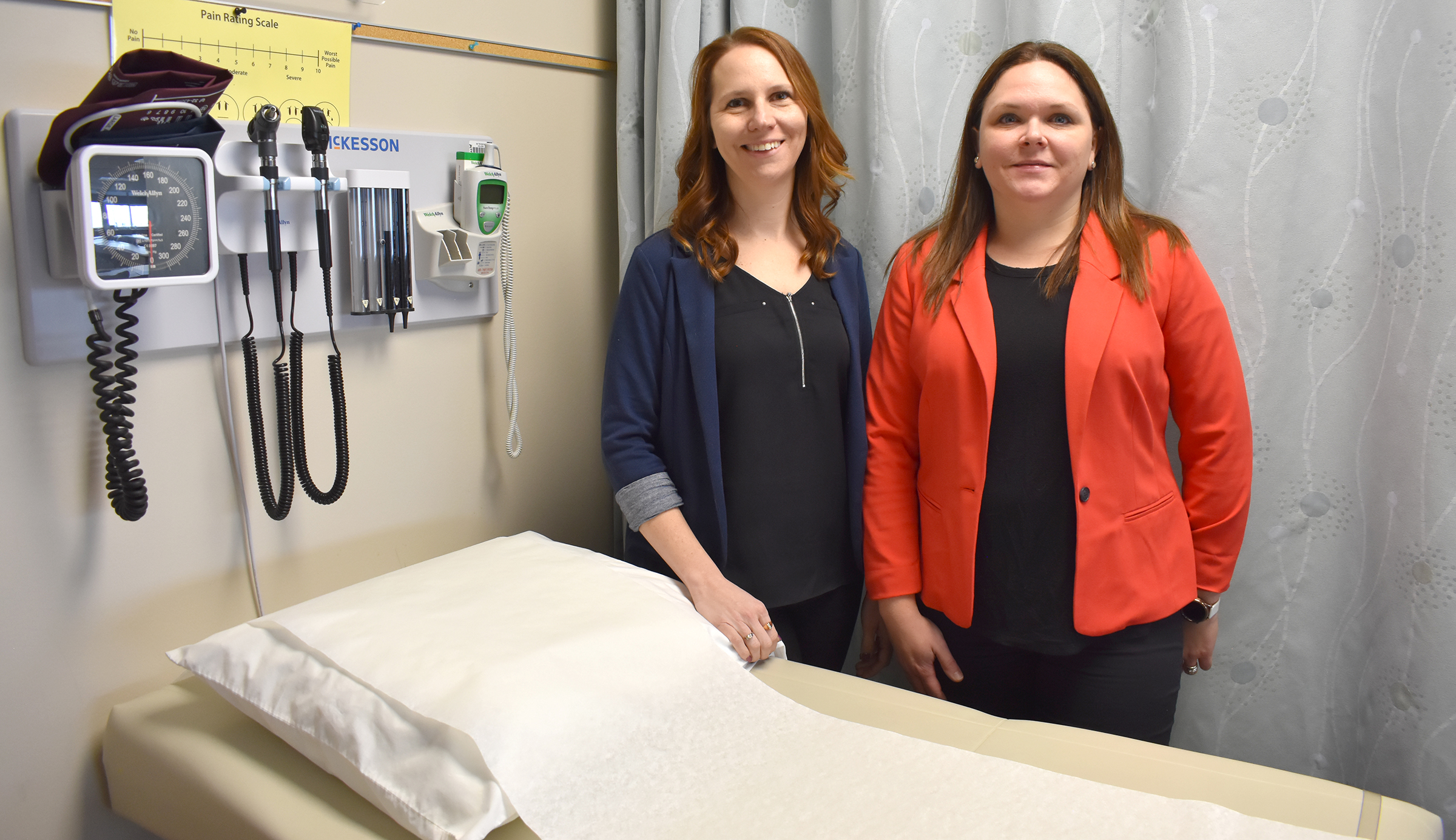 Maria Kindrai (left) and Jenna Taylor credit Southwest Tech for playing a critical role in their journey as they move on in their professional careers.

The educational and professional journeys of Jenna Taylor and Maria Kindrai have been heavily influenced by Southwest Wisconsin Technical College. Taylor earned an associate’s degree in nursing from the college in 2011, while Kindrai earned the same degree from Southwest Tech in 2014. Each of them would advance and become nursing instructors at the college. Taylor, from Bloomington, Wisconsin, has been an instructor on campus since Fall 2016, while Kindrai, from Lancaster, Wisconsin, has been teaching since 2018.

“When I went here we had fabulous instructors who really supported you and encouraged you and made it something that I was excited about, instead of just, oh maybe I could do this,” said Kindrai. “It was something I quickly became excited about.”

Both women are moving on and using what they have learned to advance their careers as nurse practitioners. They have both earned post master’s certificates. Kindrai has accepted a position as a hospitalist with Gundersen Boscobel Area Hospital and Clinics, while Taylor will be working at Richland Hospital and Clinics as a family nurse practitioner. They each will remain as adjunct instructors with the Southwest Tech Nursing program.

“There are always doors that are open because of starting here at Southwest Tech and being a nurse and being in healthcare,” said Taylor.

Throughout their journey there has always been support from faculty. “There’s people on your side,” said Kindrai. “As soon as you walk through the doors you’ll quickly realize that somebody’s going to support you through it.”

Whether it was their time as a student or their time as an instructor, Southwest Tech has definitely left an impression. “I attribute a lot of my solid foundation and success to my start here at Southwest Tech,” said Taylor. “After I finished my master’s degree I was able to come back here and teach at the college, which was amazing, because…the nursing instructors I had when I was a student were still here, instructing, so, I got that mentorship and guidance from them as I was becoming a nurse and then I came back and was able to be mentored again by those same individuals in my new career of being a nurse educator.”

“Thanks to Southwest Tech,” said Kindrai. “It’s a crucial cornerstone of our community. I think that without Southwest Tech being in our area our local hospitals and nursing homes and healthcare system, overall, would be struggling. And, I think Southwest Tech has gone above and beyond trying to meet the healthcare demands that we need, not just in our local area, but even branching out into some of our surrounding cities and states.”

| Southwest Wisconsin Technical College, a finalist for the 2023 Aspen Prize for Community College Excellence, is one of 16 institutions that comprise the Wisconsin Technical College System. Southwest Tech offers more than 60 programs in a wide variety of disciplines. Courses are offered on campus, online, HyFlex and in a blended format. The college provides apprenticeship, certificate, technical diploma, and associate degree programs that respond to district workforce needs and prepare student for family-sustaining jobs and career advancement. |