Trapshooting team knocks down the competition 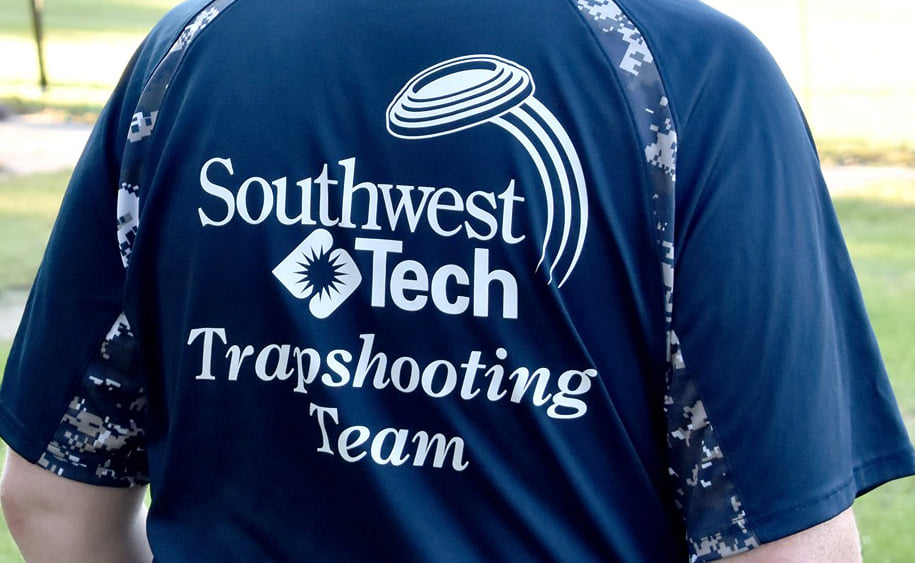 The main competition season for both conferences is during the fall semester. The team finished as runner-up in the regular season and runner up in the conference shoot for the MCAC. Devin Blume, a Nursing program student from Dodgeville, Wisconsin, was the high overall champion, while Austin Rechlin, an EPD program student from Jefferson, Wisconsin, finished in second place overall during the season.

There are 13 teams in the MCAC, mostly from Minnesota, however, there are two colleges from North Dakota. Southwest Tech is the lone college representing Wisconsin in the conference.

“This is something that Dan and I are very proud of,” said Matt Schneider, student success coach at Southwest Tech, who, along with Dan Imhoff, director of facilities, safety and security, coach the team. “We started this program from scratch four years ago and it has really grown.”

Traditionally, the team would travel to Minnesota for the conference competition at the end of the season, however, due to COVID-19 restrictions, they did not travel this year. The team competed “virtually” at its home club in Muscoda, Wisconsin. The scores were tallied and submitted. Schneider noted that all safety protocols were followed and he was proud of the team for what they accomplished during this unique and challenging year.

The practice and competition times were staggered for the members. They stand 8-feet apart on the line. Each student wore a mask when they weren’t shooting. “Safety was a top priority,” said Schneider. “There was not a lot of contact between the students.”

“To pull this season off and to do so well was really a tribute to our students,” added Schneider.

Schneider noted they limited the team to 18 members this past fall because of the COVID-19 precautions. The team normally includes more than 30 members. A smaller team will compete this spring in the USA conference and Schneider is hopeful that a more normal season, with a full squad, will be back at it this fall.

Southwest Tech is the only college in the Wisconsin Technical College System that fields a trapshooting team.

In addition to coaching the Southwest Tech team, Schneider and Imhoff are the state directors for the Wisconsin State High School Clay Target League. “It’s fun to see those kids in high school and then again when some of them come to Southwest Tech,” said Schneider.

| Southwest Wisconsin Technical College is one of 16 institutions that comprise the Wisconsin Technical College System. Southwest Tech offers more than 60 programs in a wide variety of disciplines. Courses are offered on campus, online and in a blended format. The college provides apprenticeship, certificate, technical diploma, and associate degree programs that respond to district workforce needs and prepare student for family-sustaining jobs and career advancement. |