In the shadow of the Fennimore, Wisconsin water tower, students in the Building Trades – Carpentry program at Southwest Wisconsin Technical College erect the frame of what will soon be student housing. The quadplex, located on Brownwood Road, will include four two-bedroom apartments and is expected to be opened in fall 2020.

The Southwest Tech Real Estate Foundation owns and develops student housing, while Southwest Tech officials are in charge of its operation. Students can choose from 40 apartments, with four styles. There is enough housing for up to 140 students and this year capacity is at 99 percent.

Craig Peterson, first-year instructor, is leading the group through the build. “Here we concentrate on the construction fundamentals, the fundamentals of site layout, safe tool use, wall and roof framing, and closing-in techniques,” he said. “We do a lot of safety (education) and then we learn about the building process itself and different types of building materials that are used in constructing a home.”

The opportunity for students to gain a full academic year’s worth of hands-on experience is invaluable as they learn about a career in carpentry and everything associated with that pursuit. In the five-county district that Southwest Tech serves, the demand for carpentry-related employees is expected to rise over 11 percent from 2015 to 2025. Additionally, between September 2016 and August 2019 there were an average of 50 hires per month in the carpentry-related trades in the Southwest Tech district (Emsi, 2019). “By providing our Building Trades – Carpentry students the opportunity to work on a such a dynamic, real-world, building project, they are able to gain valuable construction experience in a diverse range of skillsets that employers are looking for,” said Derek Dachelet, executive dean of Industry, Trades and Agriculture. 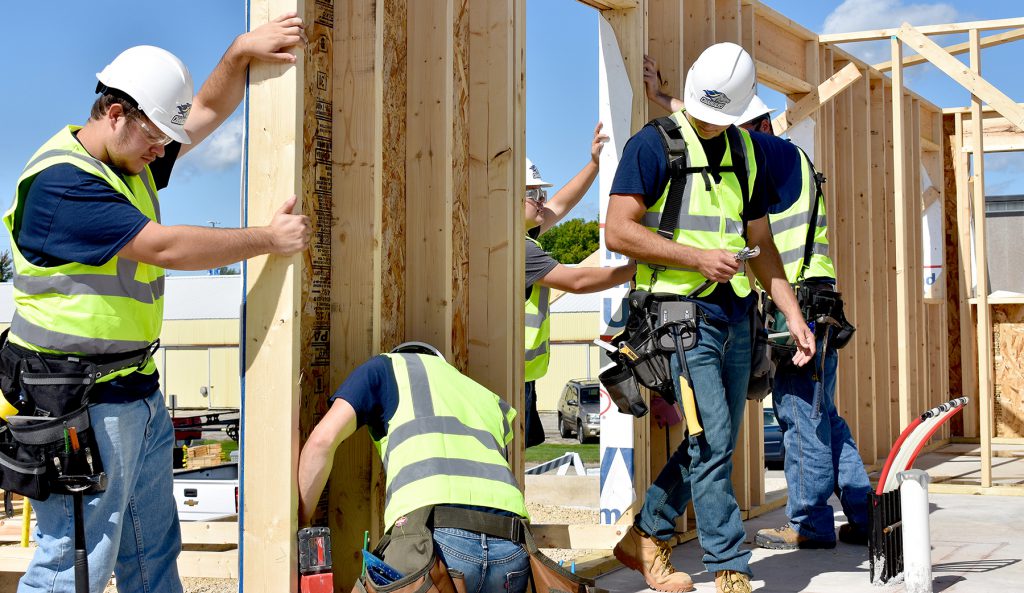 “A lot of the students definitely have an interest in construction,” said Peterson. “Some of them have a construction background. They may be right out of high school, but they had a technology program that offers some type of building in their high school already, which is very helpful.”

One of those students is Caleb Lenzendorf, 18, from Woodman, Wisconsin. “I’ve always kind of been a builder,” he said. “I like to make things and I always thought it was neat doing blueprinting.”

Even though it’s early in the academic year, Lenzendorf is happy with the choice to attend Southwest Tech. “I know it’s been a really good school,” he said. “I got friends, family that went here, and I know they had this carpentry program going on. It’s in the area and it’s really an awesome school.”

The ability to offer a housing option to students is a unique concept at a two-year technical college. And it is even more rare that students help build some of that housing.  “We are the only college we’re aware of where students are building housing for future students because of our unique partnership with the Building Trades – Carpentry program,” said Holly Clendenen, executive director of the Southwest Tech Foundation and REF. “The Southwest Tech Foundation supported the need for student housing starting back in the 1990s and student housing has continued to grow on campus ever since with higher waiting lists than available beds.” 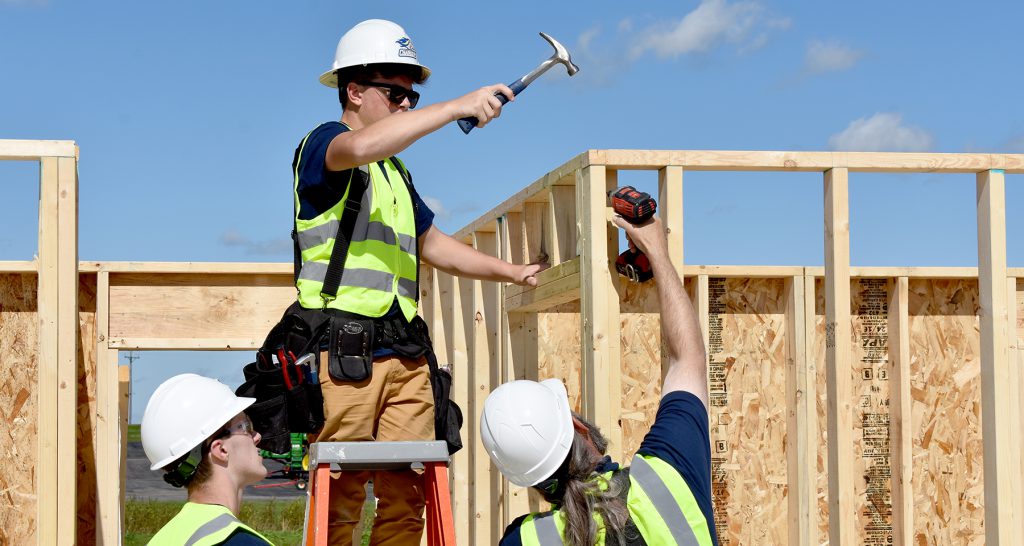 Not only are Southwest Tech students involved in construction of some of the new housing options on campus, local businesses benefit from the growth as well. “During the construction, the REF buys almost all of the needed construction materials from businesses and companies within our district, including many local Fennimore and Grant County businesses and companies,” said Clendenen. “In addition, local businesses are used to complete parts of the construction that are outside the scope of the carpentry program – things like electrical, plumbing, and excavating work. Prior to building three new units in 2018-19, the SWTC REF received proposals from three local businesses to build two 2-story units. These 2-story units were built in addition to one unit constructed by our program students in 2018-19. The three local businesses had competitive proposals, and Midwest Builders from Fennimore was selected and completed two units in July for students to move into in August.”

Moving forward, a strategic plan is in place to keep up with the increased demand for student housing. “The REF board created a 5-year plan to not only build new units to increase total capacity but also to tear down our four older units over the same timeframe,” said Clendenen. “With maintained demand of student housing, the goal is to have 176 total beds by 2022.  The 5-year plan is reviewed every year, demand is considered, and new construction decisions are made annually by the REF board.”

Posted in For District Board, General